After being held up by a few million dead sheep, cows, mad media circus and global market madness, we could finally set off for a walk again. Not having walked for such a long time made us pretty hungry, so the Devils Kitchen seemed an appropriate destination. 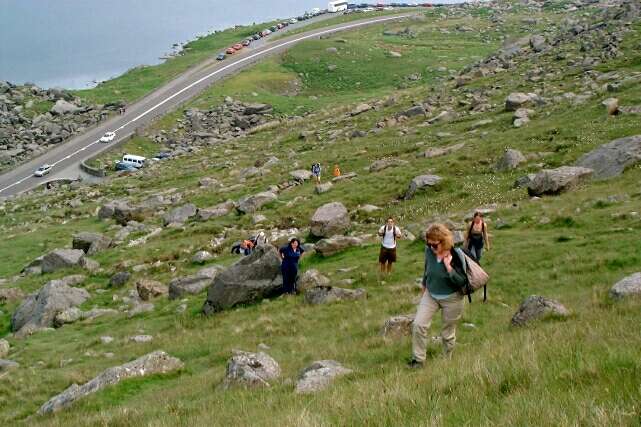 The usual mini-bus took us to Lake Ogwen where we waited 20 minutes for the private car to catch up with us. But then again, who want to be minibus-sick before the start of a walk? Something to do with driving style (or lack of it) of the driver.

We tooks off from the foot of Tryfan and crossed the bolder littered fells to climb to Llyn Bachlwyd. The effect of the sheep pilgrimage was clearly visible, in that some pretty rare orchids managed to grow to a daring length of 10 cm. After the hardwork we rested a bit at the lake, in the comfy chairs chaotically arranged by the Snowdonia National Park wardens. It is impressive to see the tremendous work they have put in the footpaths but the seating arrangement is disappointing. 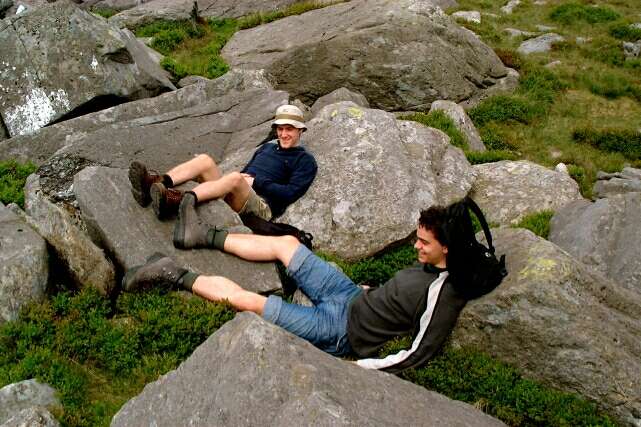 After an excellent rest and lunch, part of the group decided to walk to Llyn Idwall and the rest of the group moved up a ridge that should lead us to the saddle between the two Glydars. It was a lovely scramble in which we had to carry our four legged companion at times. 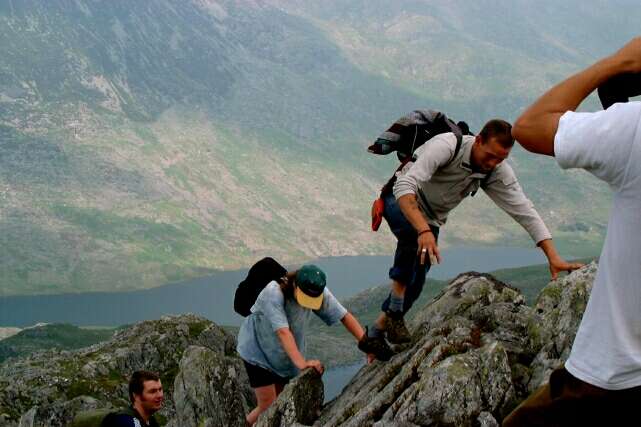 The views towards my favourite Tryfan were really breath taking. Picture posing is an art on its own on this narrow ridge. We tried to repeat the "ask an innocent tourist to take pictures with each of the 7 camera's we carried" trick but is was obviously not cold enough to rob him afterwards. 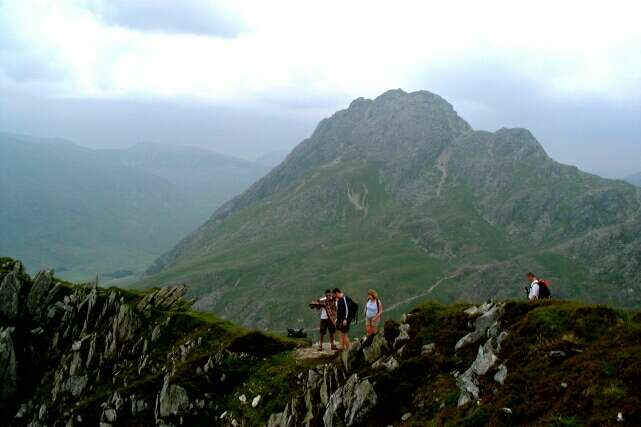 The top of the Glydars is not worth the word. Better would be the flat. A Dutchman would feel at home. We walked across the flat and took another break in the sun, with good views on Snowdon, which was still partly covered in clouds. 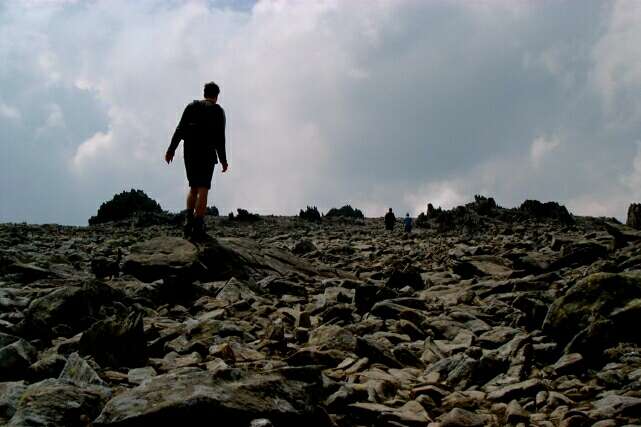 Nice that Neil is always in for a bit of stunt work. You can see him below, against the sun and Snowdon backdrop with Giselle on her way to take a picture. 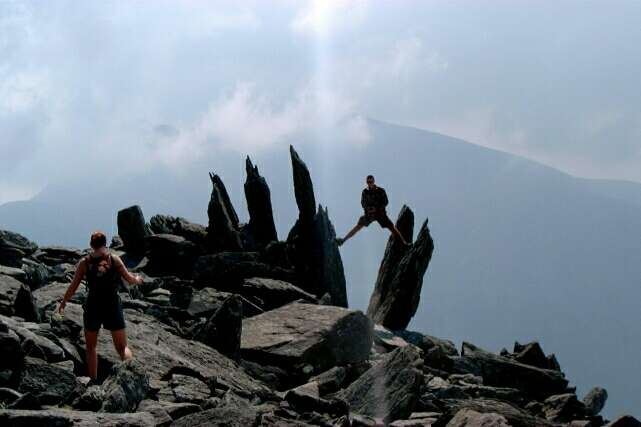 From this point a rather rough scree slope took us down to the top of the Devils kitchen. We were treated by a round flight of the yellow R.A.F. rescue helicopter. A narrow and steep path took us down to the lake and the rest was just an easy footpath along the lake toward the car park. Here we met up again with the other party. 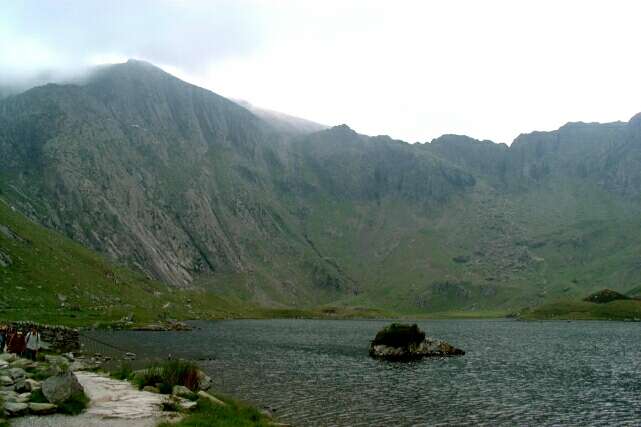 And that should have been the end of it, but no, a camping party was organised in our garden due to the lack of comfort and food in the nurses home.