Well, it was risky, as our last attempt to climb Cadair Idris scored a 10 on the Miserably Walks of Wales (MWW). But it was time to try again. The forecast for Wales was rain, but that is probably valid for most of the year.

Most of us gathered on Friday evening, and therefore we sentenced to sleep on our well ventilated wooden floor, in circumstances that could appear in a documentary about a German WWII concentration camp. Well...maybe not, as we had given them blankets.

Very early next morning, as was the tradition in these camps, the internees were woken up (well obviously only those that actually managed to sleep), small amounts of food were issued, and they were herded into a variety of vehicles. The convoy left but got split up when one vehicle did an unexpected manoeuvre at a roundabout aiming for a petrol station, the other spun off to take the long route to Cadiar Idris. 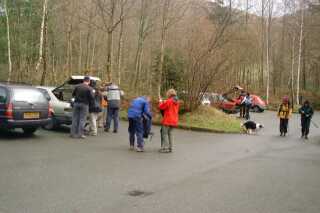 After regrouping at the foot of the mountain, we were ready to start the death march to the top. Sadly, the Mynffordd path is in a very good state, and winds up along a, at this time of the year, impressive waterfall. 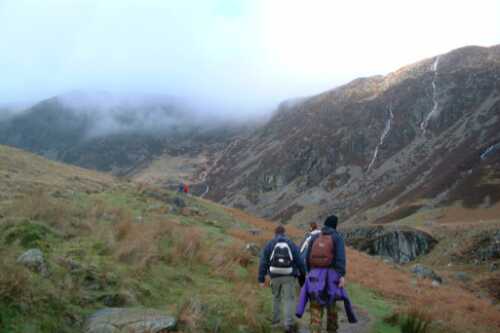 Once in the fells, wind pickup up, and we had a hard time to find a comfortable lunch spot. Besides the wind, the weather was unexpectedly good, but rather difficult to put on a picture, since the clouds moved spots of sun faster across the mountains than I could prepare my camera. 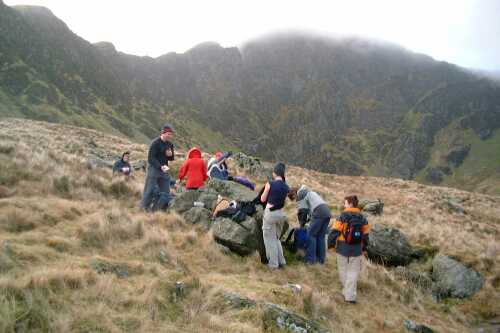 After lunch we split up into two groups. One would follow the scenic but windy route, the other the steep but tranquil route. Since the steep route was so much shorter, we waited an hour or so, to enable the others to have enough of a head start to catch up with us. Once on the exposed Craig Cau the wind became seriously cold and the group arrived scattered at the top. 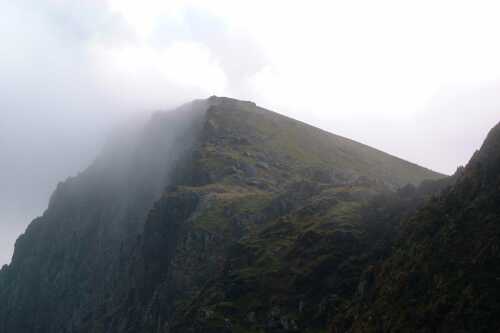 The views were impressive as can be seen below, towards Barmouth. We never actually grouped up at the top. 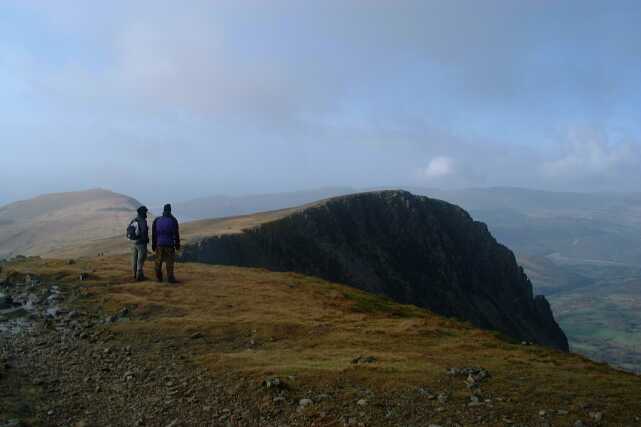 We took the long way round, across Mynydd Moel and turned right back to Minffordd path. 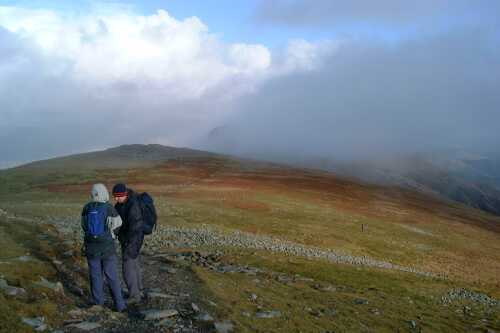 Looking back on Llyn Cau, gives the impression that the Cadair Idris range was once an active volcano. 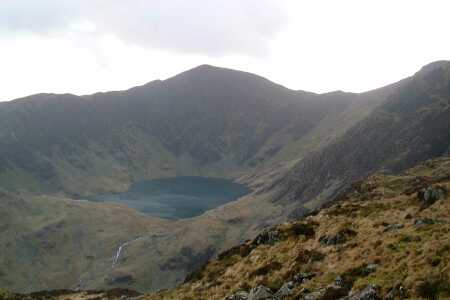 The way back was blocked by the Nant Cadair. Normally a stream to wade through, but now a considerable river. Luckily Neil found a jumpable spot, and most of us made is across. Only 3 of us were not bothered to jump and waded in old Cadair Idris style simply through the ice cold water. 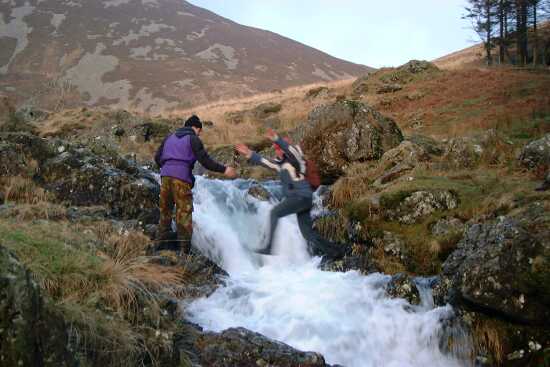 The last bit was again along the waterfalls, and at the car park it was decided to make a small detour to show the visitors from Down under Aussiland (for the non-geographically orientated a rather southern province of the Empire) a real Welsh castle. Castle Y Bere is well hidden, and you only notice it once you enter the main gate. It is placed on a beautiful spot with a view towards Birdrock and the sea. 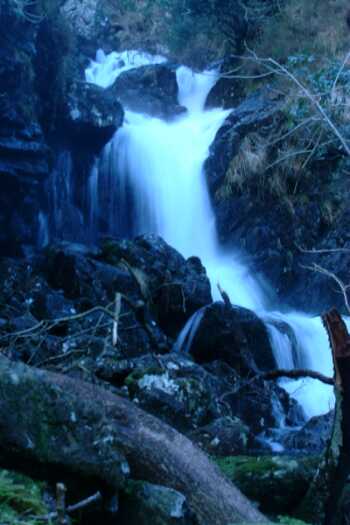 The waterfalls in slow motion

When we finally arrived back at the concentration lager (camp to you non-Germans), food was already prepared and provided a pleasant ending to a pleasant walk with pleasant company. Promises were made for a swift return by El Geoffro.