It was on this early Saturday morning that we were almost ready for another walk, when a knock on the door announced that part of the party was ready. The other half, who had arranged the time to leave in the first place, had only to

Which meant that we were ready at lunchtime. No problem, we didn't plan to go far. 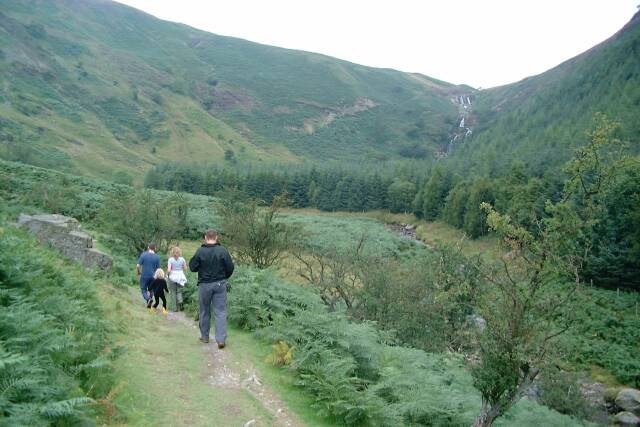 The start of the valley

Lake Vrynwy was the target. To be more precise, one of Etiennes favourite valleys at the end of the lake, and visited before by us on a rainy day, when crossing the stream was nearly impossible. This time it was different. 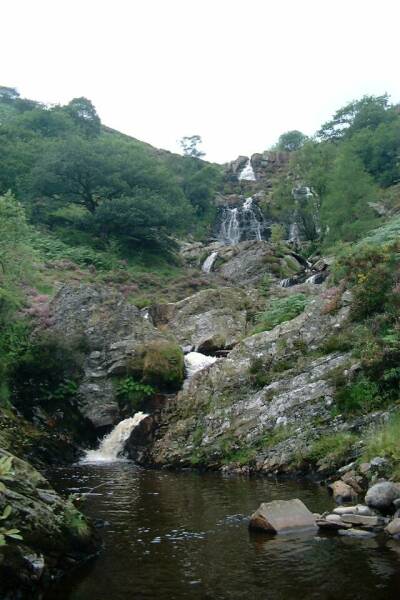 The waterfall from the point of no return

The walk started from the car park with a severely neglected horse-meant-to-be-art but we knew better. The path is well indicated and here and there we found even barriers to warn cyclists "end of footpath, start of river". After an easy walk we got to the foot of the waterfall. This is where the official path ends with a warning "No further access" and where the fun therefore starts. 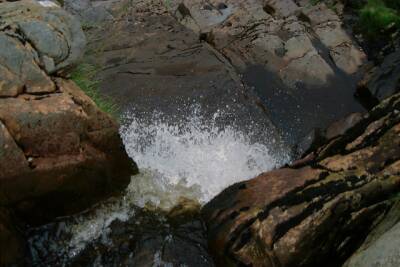 We followed the waterfall along its left bank and had a nice lunch stop halfway. Continuing we found the fairly rare Morning Dew meat eating plant. Meryl had to be lifted up, just in case. At the top, El Geoffrey inspected the spot where tried to build a dam using his own body. Now that in itself is an amusing thing to do, but just one foot away from the point where the water drops 20 feet is not so thoughtful. 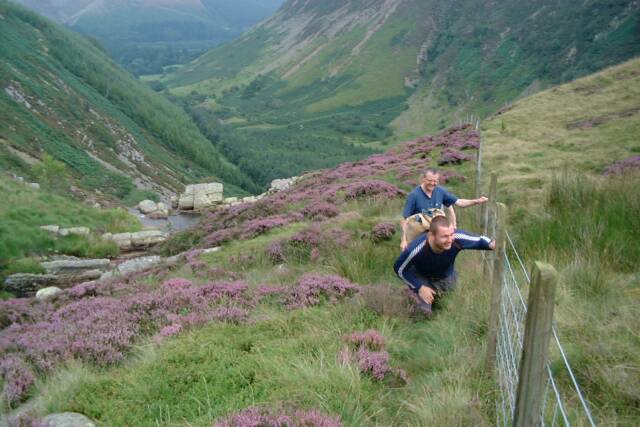 The valley at the top

The valley levelled off and some excellent opportunities to cross the stream lay before us. Not all attempt were successful, but we have become used to the sound-effects accompanying one of our more loyal members. 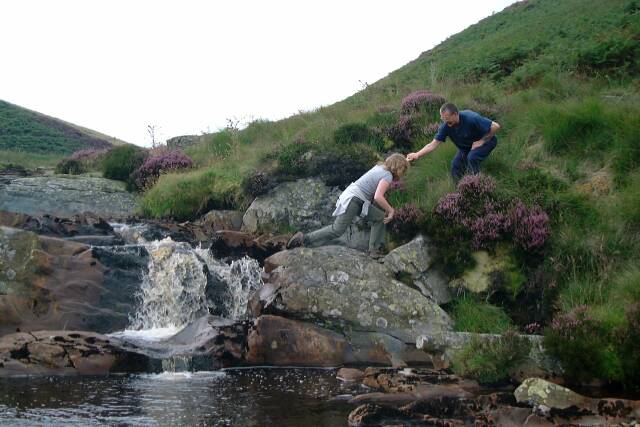 At the end the view opened up all the way to the Arran range, which lay in the distance. We left the stream there to walk over the top of the moors. On the other side we picked up the farmers track again and an easy walk followed downhill with an amusing view on struggling cyclists on the other side of the valley trying to get across the pass towards Bala before sunset. 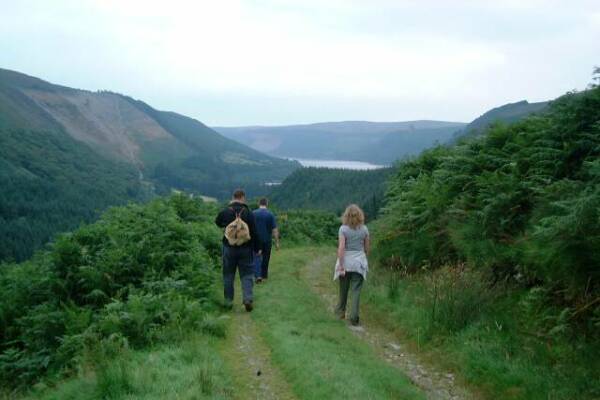 On the way down

Back to the car, we left quickly for home where a proper meal was promised.