It was time to see out bottom again. I had dried out 2 years in a row, spend time on my back in the rotting smell of mud and dead mussels and thought there must be an more elegant way of doing this. We was to be lifted out for the spring club lift out. 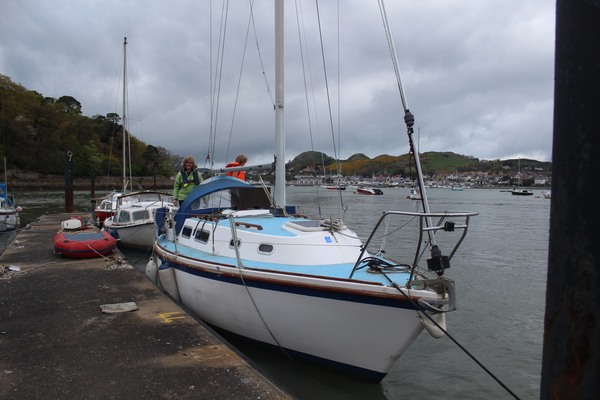 Waiting to be called up via VHF

We arrived in Conwy on Thursday night at low tide and waded the dinghy through the mud and rowed 2 meters to get onto the pontoon. I rigged 2 lines to pull the crane slings under the boat for the next day and tested the engine briefly. Timo taught us to play poker and a lot of money was exchanged (monopoly). Timo also had a rum coke!

After a very good breakfast and installing the speakers we joined the harbour master briefing on the quays at 10:00. Health and Safety is well over the top now with nobody except the boat owner, crane operator and harbour staff allowed on site. Nobody can do work for 2 days. Communication was to be done on VHF CH 14.

It was a long wait for us being 2nd but last. We joined Steve and Lorraine on Free Will, his new boat for a coffee and tour. They have a shower.... 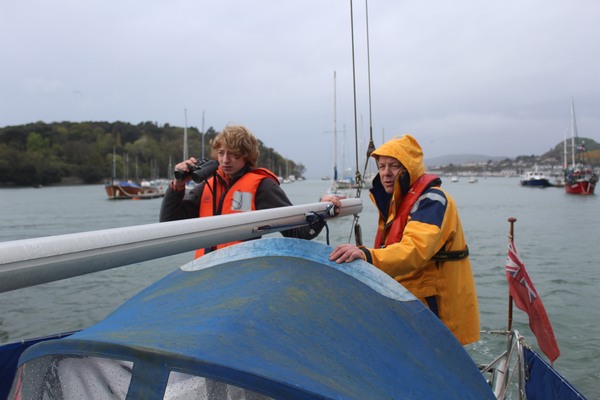 Checking the situation near the fuel jetty

Eventually we were called up and motored without issues to the jetty and the familiar process of lift out went smoothly. At 14:30 we were rock solid on the hard. 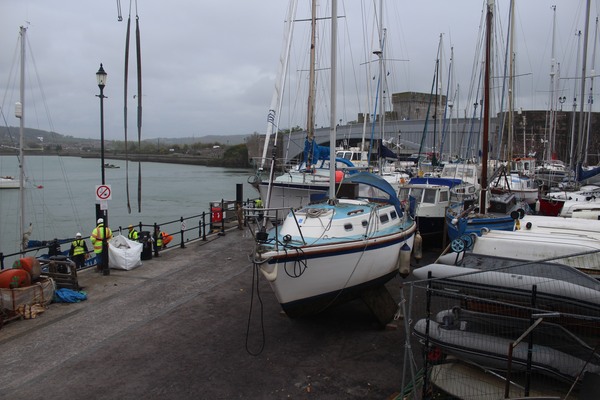 After the crane has done its work

The next 3 days were spend to work on

We left Monday afternoon to avoid the Easter traffic. 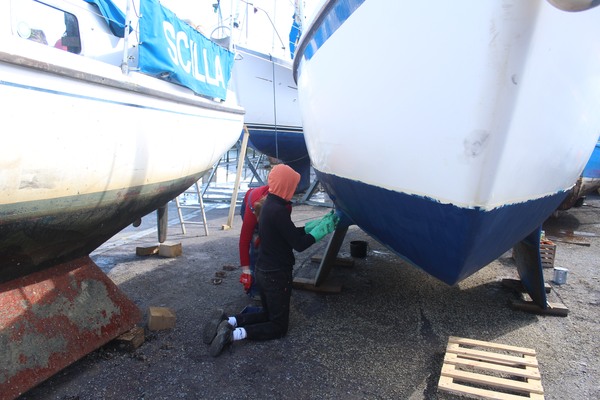 The antifoul team at work 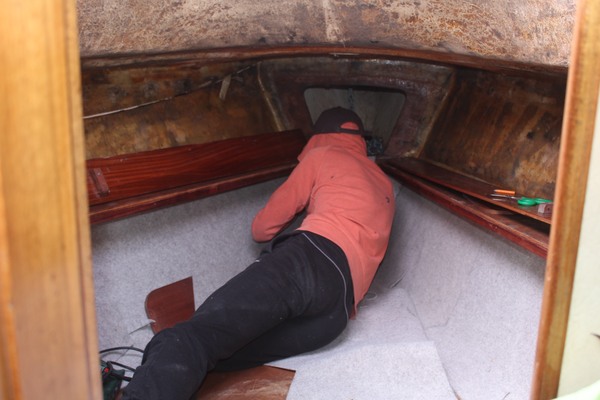 Working on the new headlining