The 1st trip of the season was just after the Welsh had rolled up the ice, painted the sky temporarily blue to lure early tourists to the far west. We had decided to join the n.w.c.c. for the Puffin picnic. This is not to be confused with an early season BBQ as there is little meat on Puffins, but a trip to Puffin island, where, we were told, one can drop the anchor near the light house and enjoy a relaxing break.

So we joined the club briefing on the Friday night. 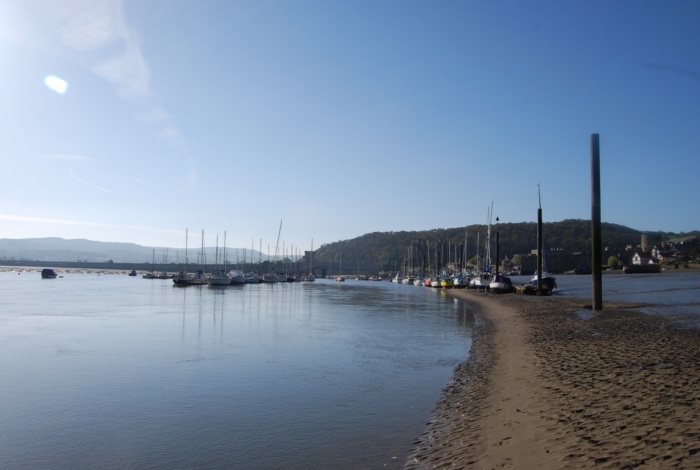 As the tide was relatively late, we set off at 11:20, passed Perch at 12:00 and set course towards Puffin island. At 13:15 we used the radar to measure that Puffin was still 2 NM away. Not that we can't navigate, but it was nice to use a new tool (it's a man thing). 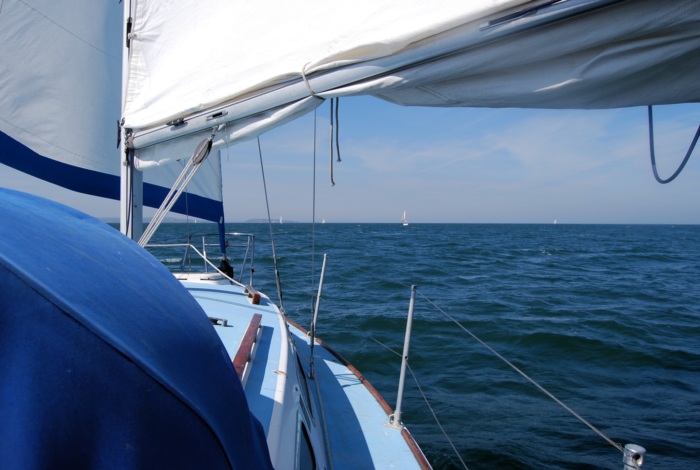 Puffin in the distance

At 13:20 we asked assistance from the engine as progress was slow and hunger is always a risk to destabilise the crew. 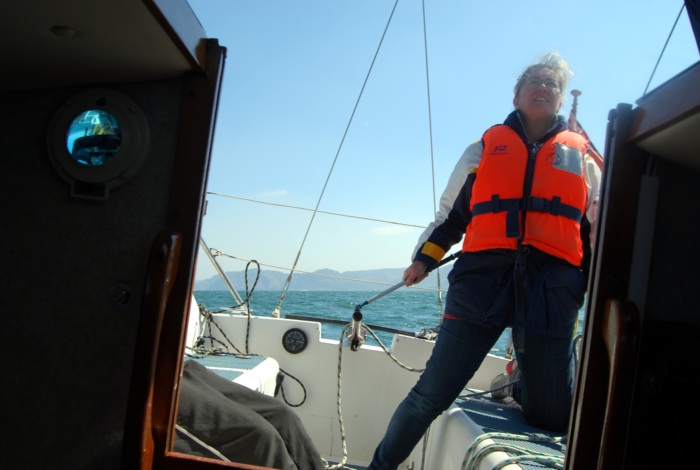 We arrived at Trwyn Ddu (black tower) at 14:00 and dropped the anchor behind 2 other yachts. Our plan was to row in the dinghy to other boats and barter parts of our lunch for parts of other boats lunch. Sadly, it was rather choppy so Geke's lunch went in the oven with the mental note not to stay too long.

One thing you learn as a young skipper is to set up an anchor watch after you've dropped it. I was the anchor watch. On the bow of the boat, I noticed that the distance between us and the next yacht was slowly diminishing. Their skipper looked briefly accusingly at us and said something about "you are drifting towards us". I said that I was only a beginner and had never mastered the technique of drifting upwind.

After that their skipper pushed a button and after some rattling sound, the anchor came up and they moved downwind from us to anchor again. 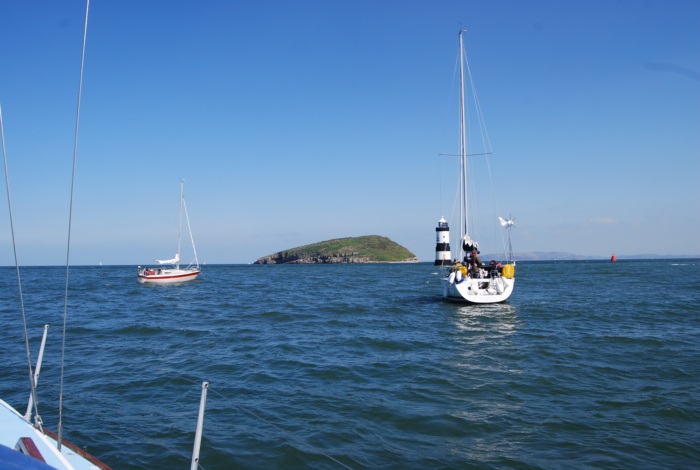 We only stayed 15 minutes and I then had to raise the anchor again. The difference between our neighbours modern yacht with a modern electric windlass and our hand operated skipper with no lass at all became clear.

Our anchor was bought 2nd hand, just after the battle of Travalgar and is a bit rusty. After an intense excersize the deck and the skippers hands were a sort of rusty brown. Amazingly, another neighbour did the whole thing single handedly. 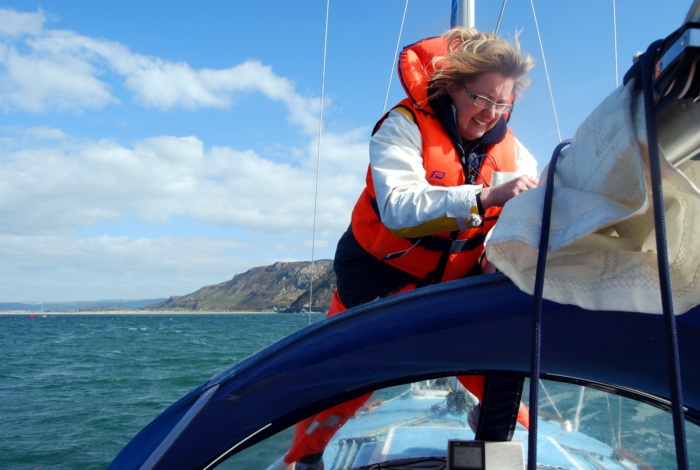 The return sail was straight against the wind, which came from the East. Our yacht doesn't do well against the wind and I could see a struggle develop for the next 3 hours. Fairly soon we recruted the engine again, and with reduced genoa made sailing much closed to the wind possible. 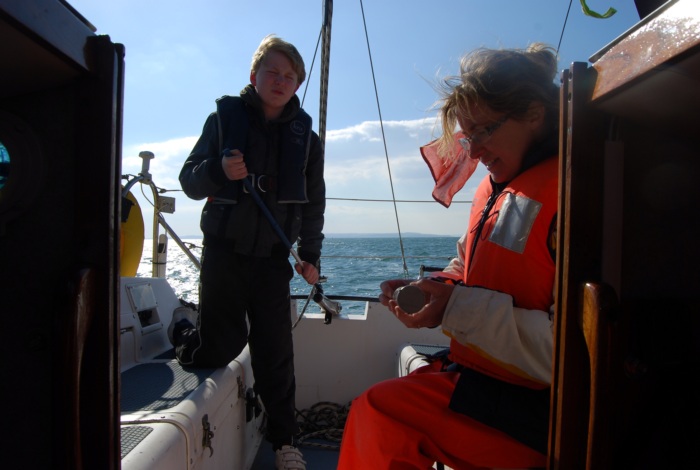 Can you see where we're going?