Now this was strange. It was mid-summer and the monsoon had not set in yet. Or even more hopeful, maybe it was delivered at the wrong address and we could attempt to drop our winter fur and slip into a slight shade of golden brown. 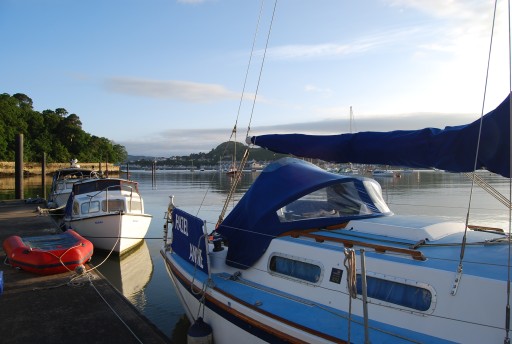 We actually arrived the evening before the Sunday, often referred to as Saturday. I awoke early Sunday morning and had to make the difficult decision whether to rush the crew into breakfast, cast off and use the early tide, with the risk of mood changes, early tiredness and possible mutiny. I went back to bed and we woke up later to enjoy a very leisurely Sunday. 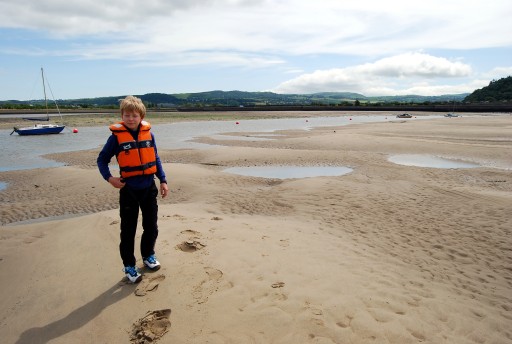 On the banks without the need of a bonus

The most enervating exercise was a trip to the local sandbank under the assistant power of at least 2 horses, controlled by the young Skipper. We even discovered life on the sandbank in the form Roger and his stranded boat. However the tide was turning quickly and the sands were treacherous, in that they were trying to float the dinghy off and swallow any person weighing over 5 stone. 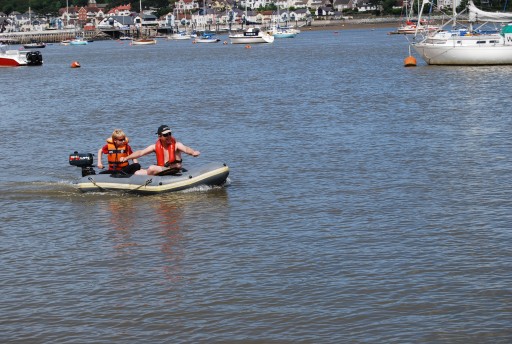 All the skippers horses

We cast off and on our way back Timo had some more lessons in outboard control. After that it was timet to head back home as the routine of the next day was already calling...