El Geoffrey was back from down under for a few weeks and we planned to meet up together with Neil, who I had also not seen for a long time. As it was bank holiday weekend it was a perfect time to go sailing. Geoff and Neil picked me up and we stowed all the gear in the hire car to try to arrive early in Conwy. We got on the quays at 10:15 and breakfast was the 1st priority. 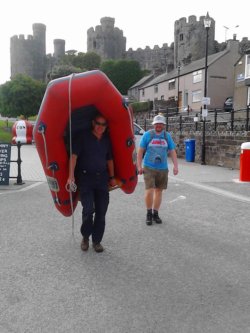 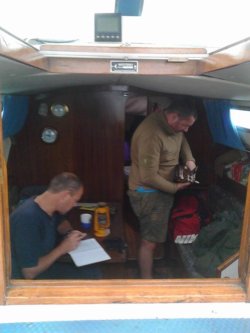 Carrying the dinghy and preparing the route in the log book

Next the engine had trouble starting again. I ran an earth bypass from the back of the solenoid (ground) to the battery negative and got it running. 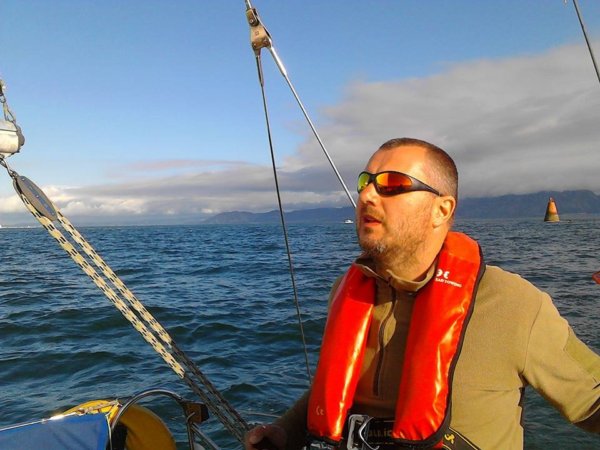 As soon as we were across the sand bank we set direction to Beaumaris. At 19:00 we picked up a mooring in 2.4m of water after a trip of 12 NM.  I cooked a meal and we settled for the night.

Overnight we had some serious thunderstorms. Most of it was about 7km away but I started to get worried when it appeared to move towards us. After all we were dried out with a fairly tall electrical conductor mounted on top of the boat, otherwise referred to as "the mast". The closest I counted it was about 1 km but then luckily it petered out. Amazingly, Geoffrey had managed to sleep right through it! 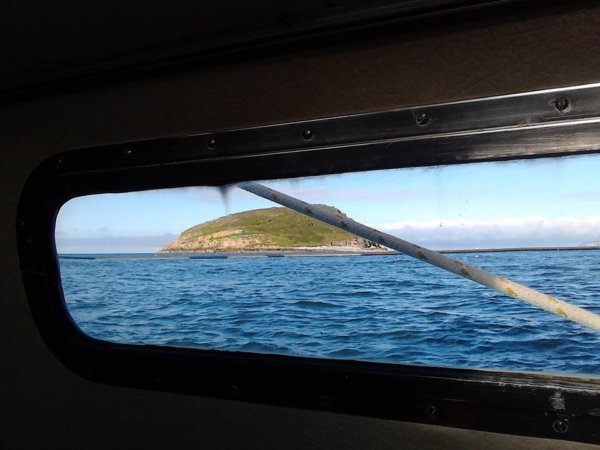 It was estimated we would dry out at noon and float again at 17:00. Conwy would be accessible after 17:50. The trip would be around 3.5h. If we left Beaumaris at 15:50 there would only be 2m of water on the Swatch so we had to go around Puffin. We also needed to pick up a new mooring in deeper water to be able to leave at 16:00.

After emptying the dinghy of all the rainwater caught overnight, we rowed to Beaumaris to enjoy strong coffee and breakfast in a cafe. The next plan was to visit the castle but it was flooded!!! The re-enactment party had to leave the centre of the castle grounds in the middle of the night due to the heave rainfall. It was good to stay on a boat. 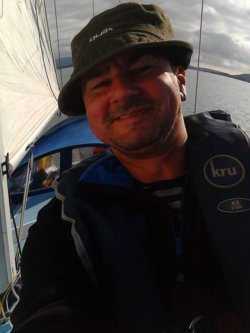 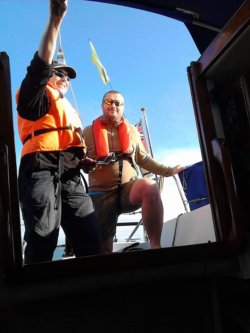 After a visit to the RLNI we headed for the Gaol (jail museum) and enjoyed a loverly tour around its grounds.

Back on the boat, we set off at 16:10, heading towards Puffin. The wind was a F2 from the North. We went through the North West channel around the North end of Puffin. Next we set course towards Fairway which was at 3NM @ 120 degC. With very little wind we motored all the way and got into Conwy at 19:45 after a 13.8 NM trip.

We stayed for another night and headed back the next morning.