Chris and I were ready to join the N.W.C.C. Shakedown cruise to Caernarfon and back. We looked forward to the lavish late lunch that was promised at the Gazelle hotel (opposite Bangor) for the end of the afternoon. We arrived in Conwy around 10:00 are were ready to set off at 12:00. 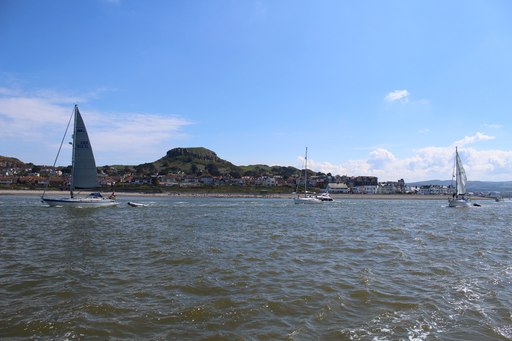 It was a beautiful sight to see so many boats leave Conwy with a lively chatter on the VHF to prove it. Light winds from the NE were promising an easy sail, possibly with some iron horse assistance. 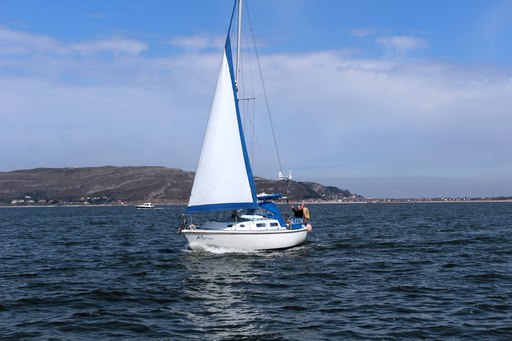 The Volvo diesel plodded away in the background to keep our speed similar to the much faster more modern yachts in the group. This was important as there would be a parking problem as Chris described it. We sailors all know that you moor a boat but Chris is new to sailing.

But a bout of boat rage in front of the Gazelle, where fixed moorings are limited, was to be anticipated. Boat rage is similar to road rage but just takes place all in slow motion. 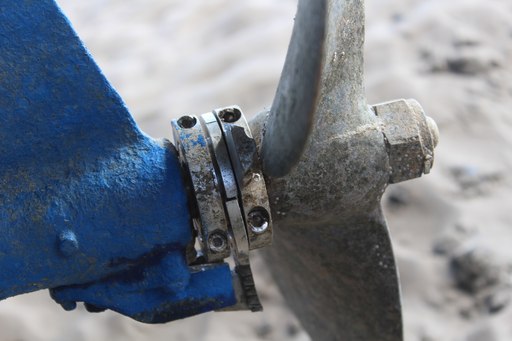 It was not to be. A sudden loud clanky noise developed under the boat. I played with the thought to capseize for a bit to investigate but this is never good for morale. As the nature of the metal rattle was unknown and drying out near the Gazelle was out of the question, our life and/or the future of the boat was in danger. I used the VHF to call our sailing captain Steve Gorst and inform the group of our early return. 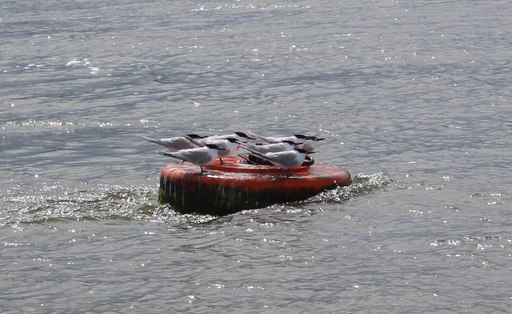 So we headed back and dried out in the evening. It turned out that the nylon bearing ring of the rope cutter had disappeared, disintegrated or disassembled at the same time. Stainless steel on stainless steel was producing the sound effects but no damage was done.

I disassmbled the parts and we had another sail on Sunday out in the bay. The forecast wasn't good and the fellow club members were returning as we plodded around. We were back on our mooring at the end of the afternoon and had to head back home.