Arrival at the boat at 10:00 after a nice capucino on the quays.

Once in a while, a dangerous job has to be done on the boat. Sailing is all about planning ahead, so 12 years ago I told my wife "we need a son". I gave her a detailed specification about type, character and weight. Not all was delivered according to specifications, but the weight was allright to allow him working at heights.

We had bought a club burgee (flag) which needed fixing to the spreaders with a line. The climbing frame, I made years ago for myself out of car seat safety belt and with the help of the local saddle maker now sort of fitted Timo and he was keen to go up in life and the mast in particular. He did a splendid job. 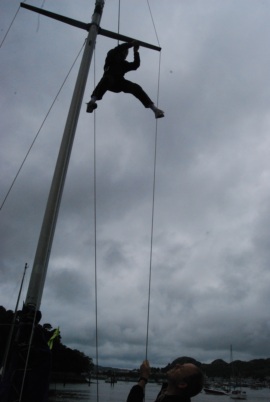 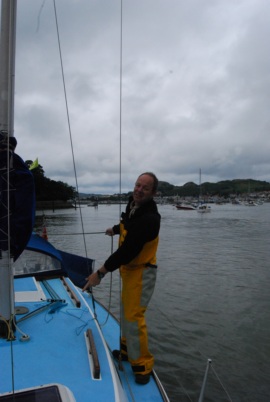 Every year the town is invaded by re-enactment groups who, in a fairly spectacular way, fight each other from the sea and the quays. This year we decided to moor somewhere in between the 2 opposing parties, which gave us a fantastic view point. 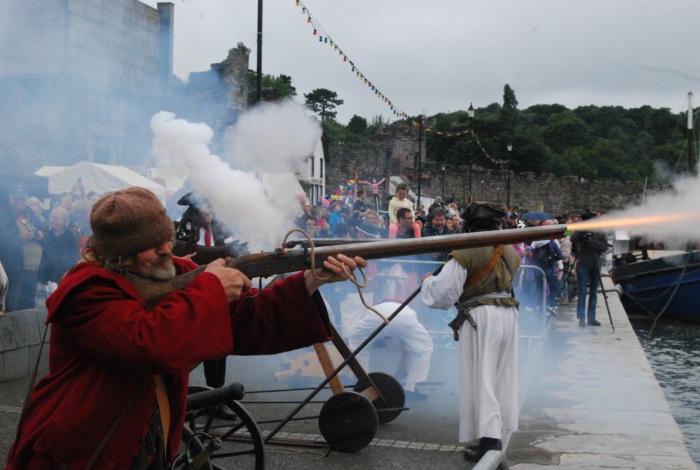 A musket fired at the pirates

At the same time as the pirates moored up to the quays, the R.L.N.I. was holding a sponsored "walk the plank" with eventually the mayor joining in. As we were moored up the nearest ladder to climb out of the water, Anyway was used to as a "leave the cold water" platform. 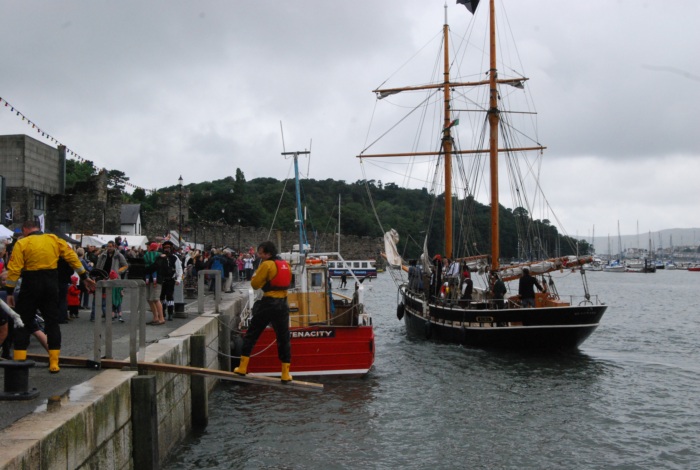 The pirates landing on the quays and RLNI charity jumps

At 13:30 we set off to potter in Conwy bay. The weather was cold and wet. Motor off 14:00 for a brief sail and back on the mooring at 15:15. Noodles for the hungry Timo and tee and coffee for the remaining crew. Weather then changed to drizzle. Oh well, we're on the pontoon. 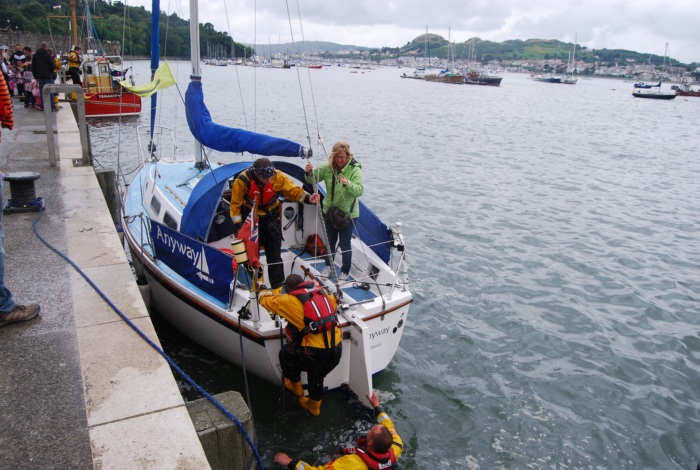 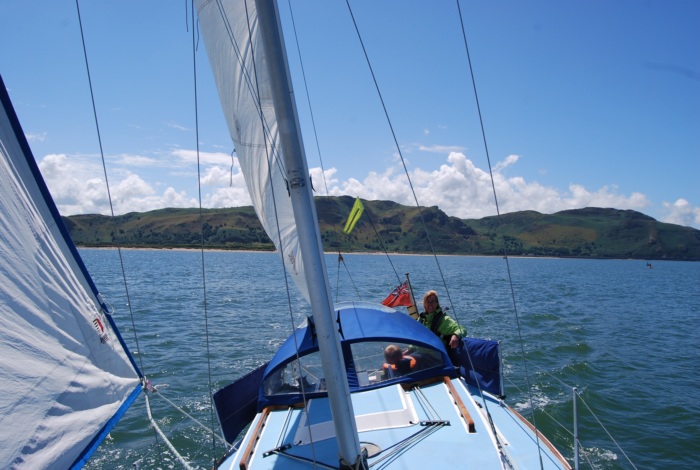 Sailing out in the bay