Trafalgar all over again

Only 208 years ago, relatively fresh in mind as we won, there was a battle between Bonnie and Nelly. Nelly won the first round. However, as history repeats itself constantly and we appear to learn little from it, we found ourselves right in the thick of round two. 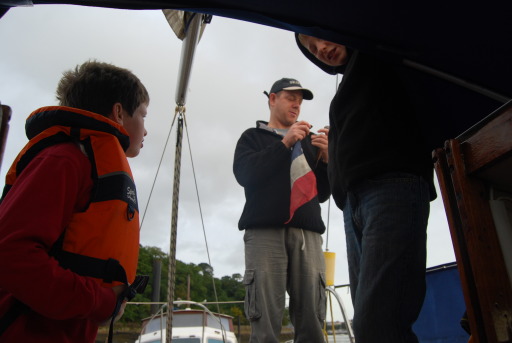 Preparing to hoist the French flag

Traditionally, before a battle commences, a briefing takes place for all the captains, so that every man can be expected to know his duty. Not so traditionally, this briefing took place with commanders of both fleets in the same room. We were part of the French fleet and we therefore knew exactly what the English were up to. "Ah trės bien, nous serons victorieux". Equally, they English knew our intentions. "Merde, ils ont des espions". 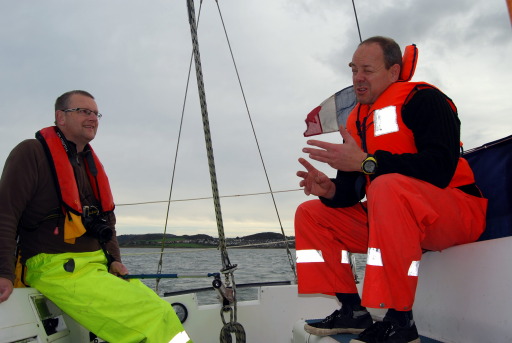 I tell you, the rules are quite complicated

We all left spot on at 09:24 in our fast French frigate and desperately tried to keep up with the rest of the fleet. We therefore hoisted the sails at the earliest opportunity and gained speed, until other boats followed our example. 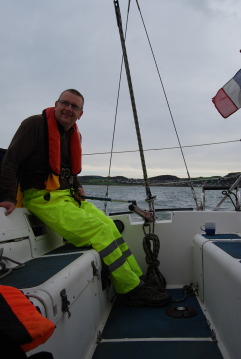 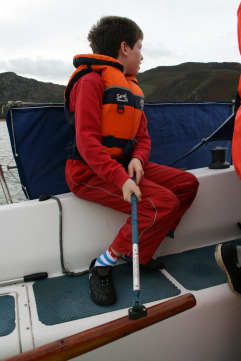 Both John and smaller Sam took the tiller. This gave the captain much needed time to study in which order Pierre (Pierre-Charles-Jean-Baptiste-Silvestre de Villeneuve) expected us to do our duty. 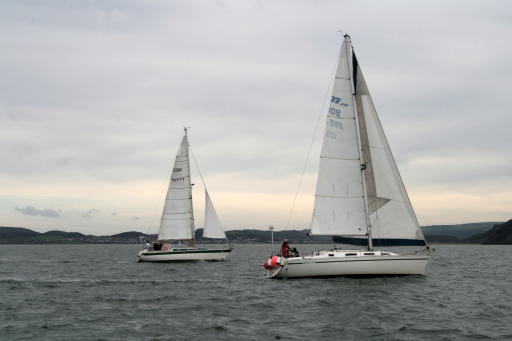 The French fleet on a starboard tack

Various actions and maneuvers were triggered by gunshots and flags. One crew member kept a closed eye on the committee boat, just in case we missed a gun shot 50 yards away from the source. 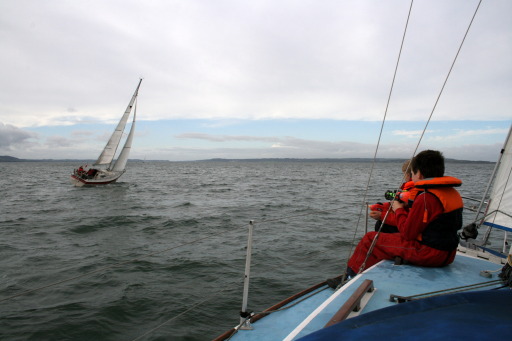 We've got the English on the run boys

It all went well. The in the first engagement we were bombarded by water bombs from Myfanwy. We responded with effective fire from our water pistols upwind. Within no time the English were on the run. Or... maybe they followed instructions correctly and commenced the race back to Conwy. Anyway, we set in an efficient pursuit. 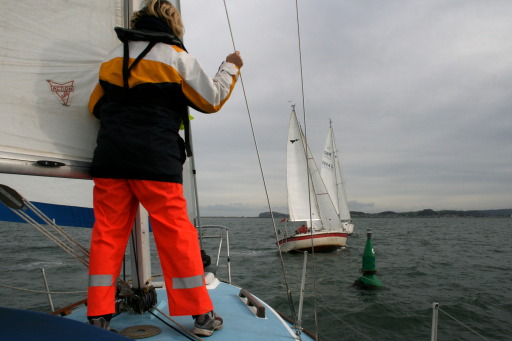 We nearly caught up with Myfanwy but in the upwind leg we needed reefing at times as some crew members were not comfortable with heeling angles over 60 degrees. On the next leg the genoa twisted around the forestay and had to be detwangled (new maritime word) by the skipper personally for which he was not rewarded a medal. 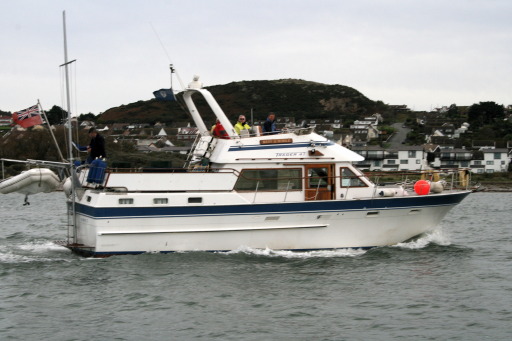 Near Perch, even the committee boat took sides and fired a gun shot at us. We shouted something like "Vee vill neveur surrendeur" but I believe without subtitles, this brave statement missed its target and is therefore unlikely to ever the reach the history books for famous maritime shouting signals. 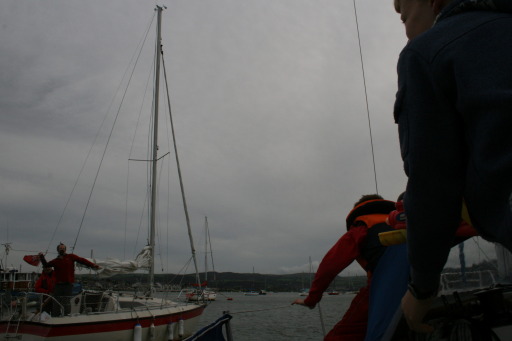 Merde, those English beefeateurs are attacking us!!!

Back in the channel we caught up with the English frigate Myfanwy, who opened fire straight away, which we felt was unfair, unjustfied and unnecessary but good fun nevertheless.

It was a week later that we read that the French had actually won the battle.

This means that negotiations will start soon to give the Isle of Wight back to the French as compensation.